All Collections
Getting Started
How to start a stream

How to start a stream

Starting a stream of tokens via Superfluid Dashboard

Written by Mike
Updated over a week ago

Starting a stream means starting a flow of Super Tokens from your wallet to another address. After you've wrapped tokens that you want to stream into the platform, it’s time to start a stream.

To start a stream you will need to:

In the top left corner of the dashboard there you can see: Superfluid logo, your wallet address, and three green buttons. The button in the middle says "→ Send", click on it. You should be able to see a smaller pop-up window. 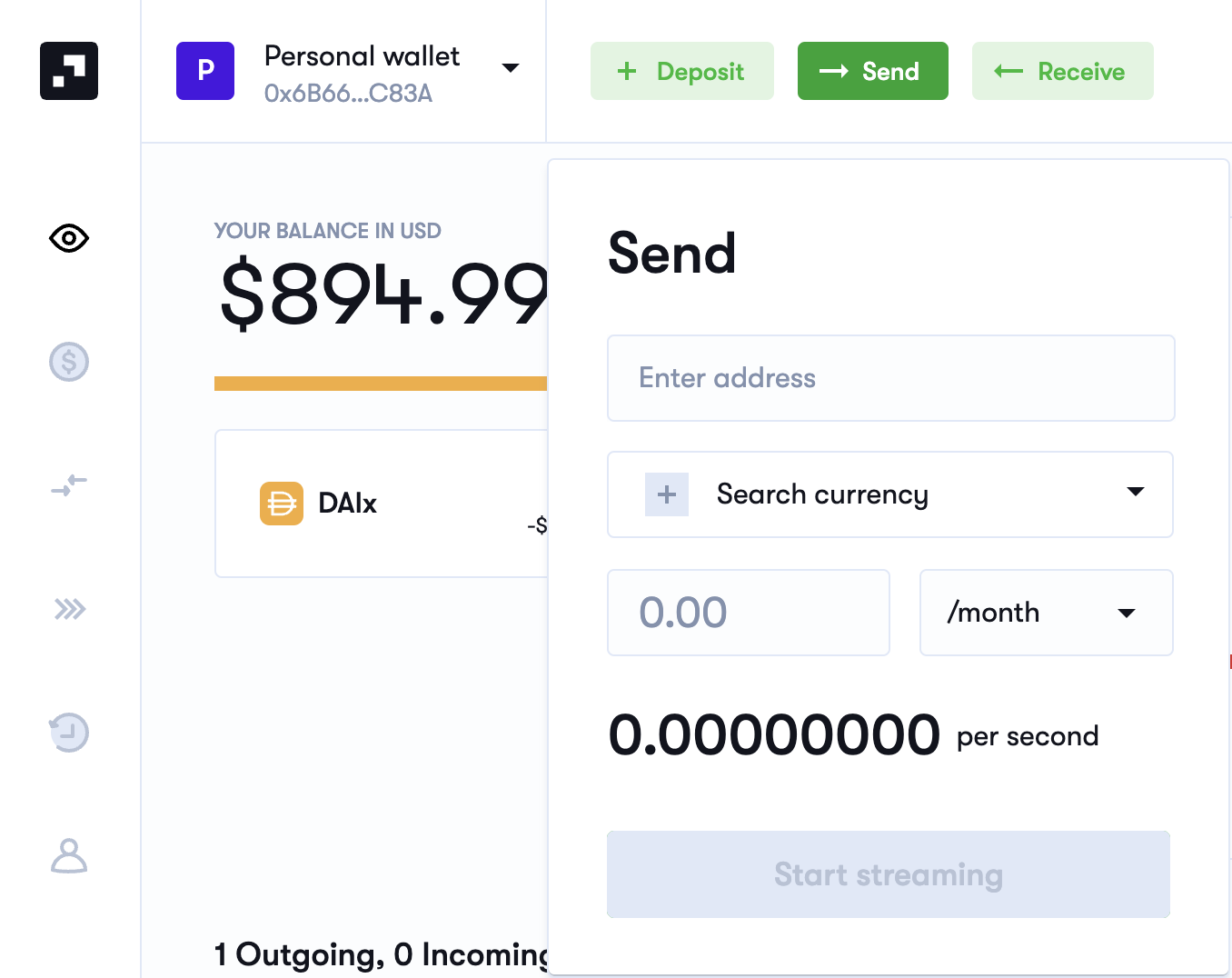 The first column says "Enter address" - simply enter the address where you want to send tokens via stream. Make sure it's an account that can accept streams and not an exchange address - most exchanges can't accept Super Tokens.

The second column says "+ Select currency" and it will show you Super Tokens, or tokens that you've wrapped using the protocol. Pick whichever you'd like to stream.

The box with "0.00" (left) means how much of the desired token you want to stream. The box next to it (right) means the frequency of the amount. 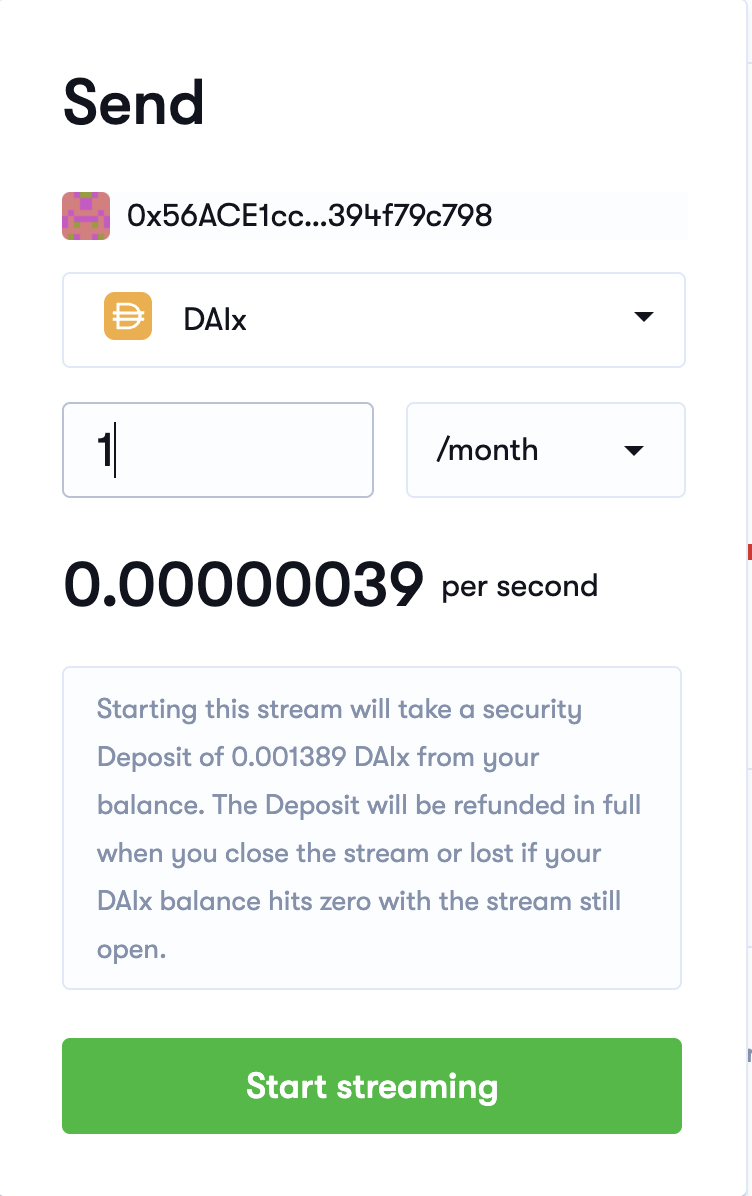 The "Start Stream" box will show you a warning about the Stream Buffer. In order to ensure streams don't overrun, the Superfluid protocol requires a buffer of 4 hours stream value, which is immediately deducted from your Super Token balance in the same transaction as starting the stream. 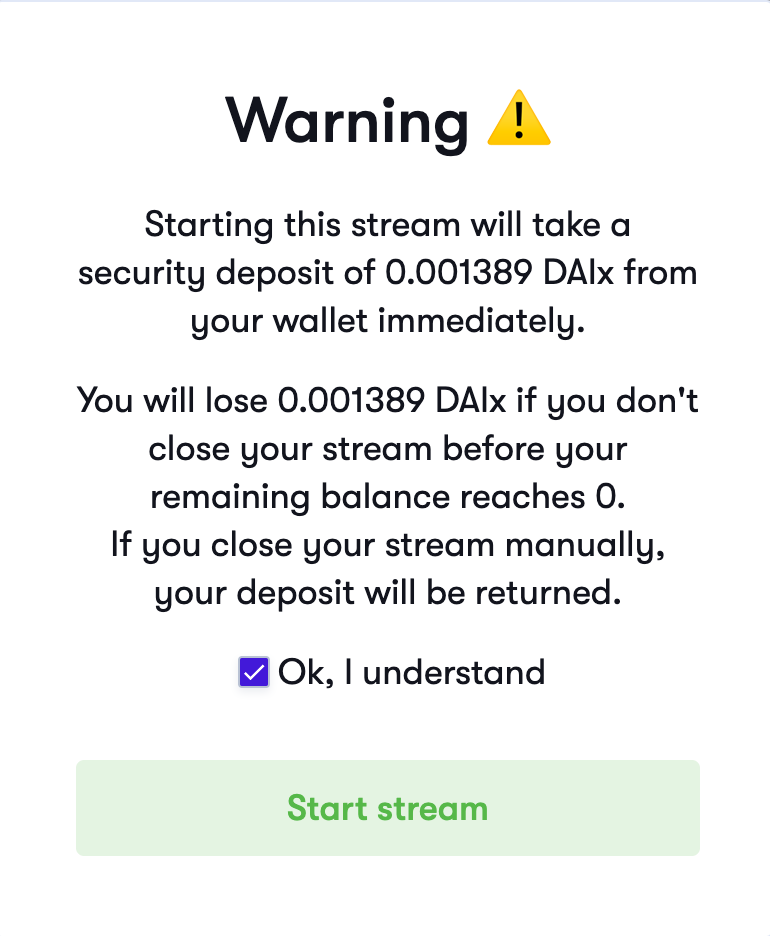 Once you've confirmed the details, press the green button "Start Stream". Your wallet will request you to submit a contract interaction transaction to start the stream on the blockchain.

This action can take from a few seconds to a few hours to complete, depending on how much "gas" you decide to use. In normal conditions, using the suggested gas, transactions should be confirmed within minutes. 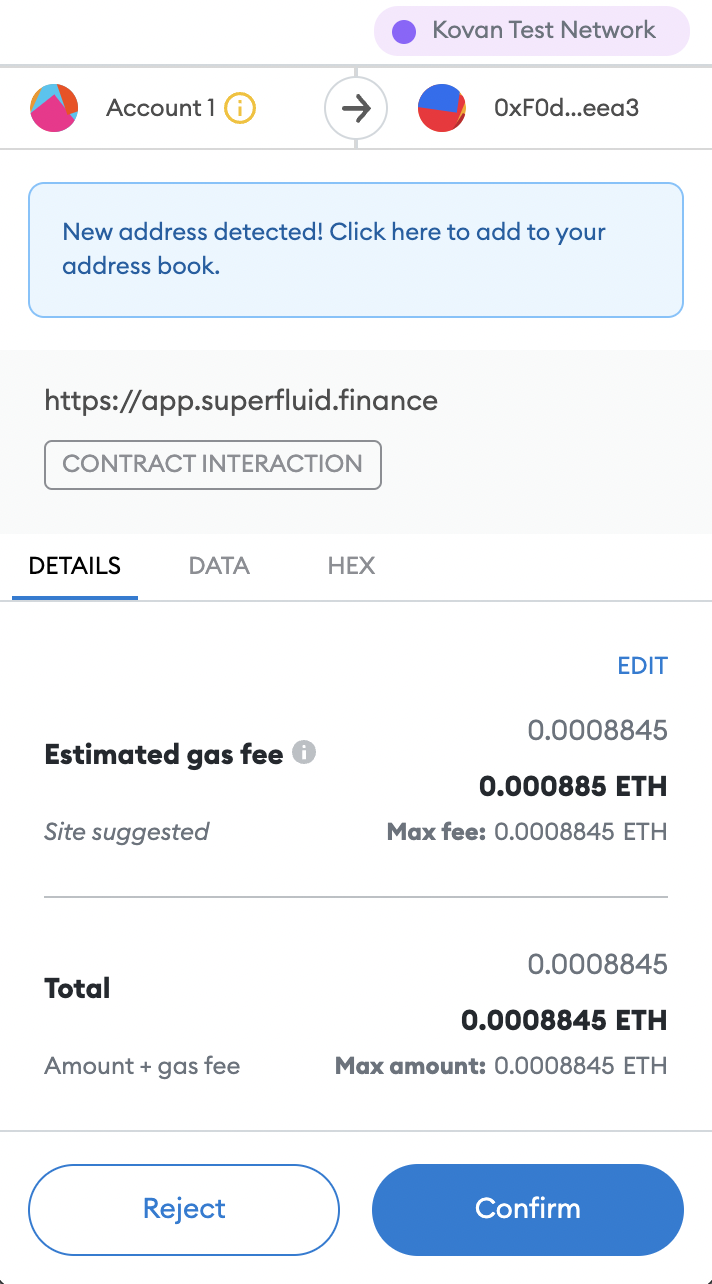 In a few moments, the stream will appear in your dashboard and Streams tab.

Did this answer your question?